Day 1. Marrakech: The so-called Red City will be toured, the interesting sites among others: Bahia Palace, Saadi Tombs, Menara Gardens, Majorelle, the Badi, the souks, La Madraza. Jemma Fna Square, that dream place where colors, smells and flavors are mixed, where incense, mint and species take their place, we will see snake charmers, jugglers, storytellers, we can take pictures with the monkeys, the typical characters like the seller of teeth, the tattoo artists of henna, we will dance to the sound of the drums, we will take the delicious natural juices, we will be able to savor the delicious foods in their positions like the grilled meat, the tajin, the cus cus , you can take a walk through the old and the new Marrakech in horse-drawn carriages. We will feel the exciting call to the mosque (Katubia) highlighted by its minaret over 70 meters high according to sources, it is the tallest building in the city and served as a model for the construction of the Giralda in Seville. At night we will go to a beautiful Riad, which in Arabic means garden, is defined by an inner courtyard, around which the rooms are distributed. Day 2. Marrakech / Ait Ben Hadou / Ouarzazate: After a traditional breakfast we will get to cross the Atlas by the Tizi Ntichka (which is 2,260 meters high), contemplating Berber villages until we reach the legendary Kasbah of Ait Be Haddou , (in reality it is a Ksar, that is to say a fortified town, formed by kasbahs made of adobe.) who was called a World Heritage Site. This fortress has been immortalized by many films such as Lawrence of Arabia, Jesus of Nazareth. The last Temptation of Christ, The Mummy, Gladiator, Alexander the Great and the most recent one that would be Games of Thrones.
After visiting the Kasbah and having lunch we will continue towards Ouazazate, we will visit the so-called city of cinema. Later dinner and overnight at the hotel.

Day 3. Ouarzazate / Gorges of Dades / Gorges of Todra / Merzuga. We will enter a route, called the thousand kasbahs, we can see amazing landscapes, with a striking vegetation, we will continue after several stops we will find the imposing Todra Gorges, which is a deep ravine located in the High Atlas, in the valley of the river Dades between the towns of Boumalne Dades and Msemrir. Its altitude is 322 meters, a privileged place for climbers. Later we will be free for lunch and continue towards the impetuous dunes of Erg Chebbi where the dromedaries await us to cross the desert and where we will admire the sunset and continue the trip by caravan and go into the bowels of the desert until we reach the camp , which we will have assigned our haima, a copious dinner, campfire and music where we will dance to the rhythm of Berber music. Day 4. Desert tour. We will discover the famous market of Rissani, the oldest in North Africa, where merchants and artisans meet. On this site, the sale of animals is striking, including donkeys. We will see oases, places where nomads and toureg inhabit, we will have the possibility to eat with them. We will stay at a hotel near the dunes where we will have dinner.

Day 5. Merzuga / Fez. After breakfast we head towards Rissani, which is located 22 km from Erfud (this city is called the German Way of St. James), we continue towards Meknes city located at the foot of the Middle Atlas mountains, it is in the middle of a green valley, it is one of the imperial cities of Morocco. Moving forward we will arrive in Fez, where we will have dinner and spend the night.

Day 6. Fez. We will dedicate all day to visit this beautiful city. We will appreciate the golden gate of the Royal Palace, the medina with its madrasa (Islamic school) considered one of the best examples of Merinida architecture, it was built between 1,351 and 1,357. It is the only madrasa in Fez that has a minaret (it is a tower attached to a mosque where the death or almuedano summons the faithful Muslims to come to prayer). We will be the mausoleum of Moulay Idriss, which is one of the most important point of the city. We will stop at the famous tanners' neighbourhood. We will make lunch, we continue with artisans from different areas. Dinner and night in Riyadh.

Day 7. End of our tour where we hope you liked it, we will transfer you to the airport where we will say goodbye wishing you a good trip and a quick return. 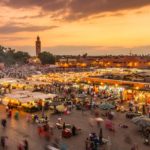 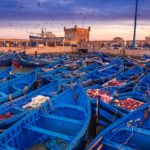 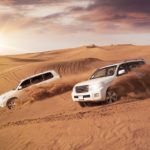